- is the second largest and longest river (2.857 km) in Europe (first one is Wolga), passes through ten countries and four capitals (as the only one river in the world). The flow length of Danube in Slovakia  is 172 km. Danube creates short boarder between Austria and Slovakia, flow through Bratislava and further creates the boarder between Slovakia and Hungary. The river has more tributaries – the most important is Little Danube, which creates the largest river island in Europe - Žitný ostrov (Great Rye Island). Danube is very important for river transport – it connects the country with Black Sea. 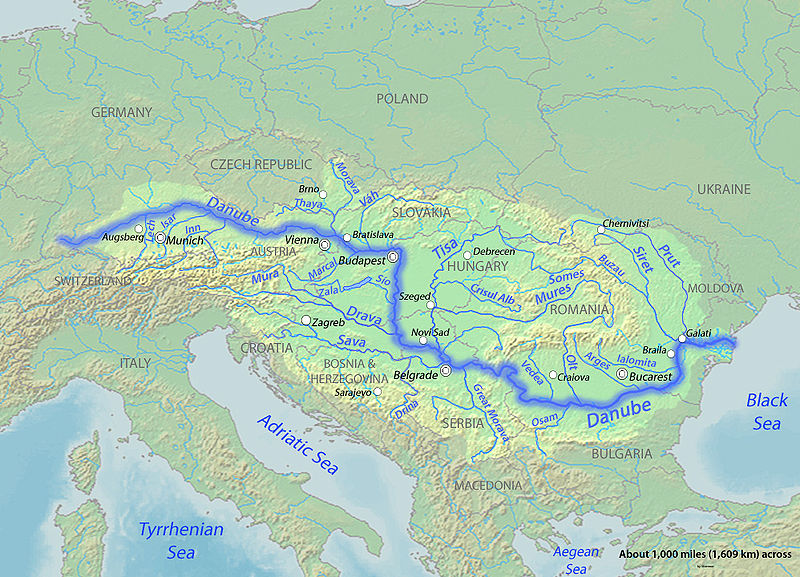 - is the longest river in Slovakia (403 km), it has two sources  - Biely Váh (White Váh) originates in High Tatra at peak Kriváň, Čierny Váh (Black Váh) rise in Low Tatra at foots of Kráľova hoľa. Váh flows into Danube at the city Komárno. Lakes and artificial dams: Liptovská Mara, Nosice, Sĺňava, Kráľová. For tourists there are attractive possibilities for rafting on the river Váh near Strečno.

- is the second longest river in Slovakia (298 km), it rises at foots of Kráľova hoľa in Low Tatra, flows into Danube near Kamenica nad Hronom - it is possible to float on the river on rafts, canoe, kayak.

For tourists very attractive is rafting on wooden rafts on the river Dunajec in wonderful nature. Dunajec is river in Slovakia with flow length 17 km and it creates the boarder between Poland and Slovakia.